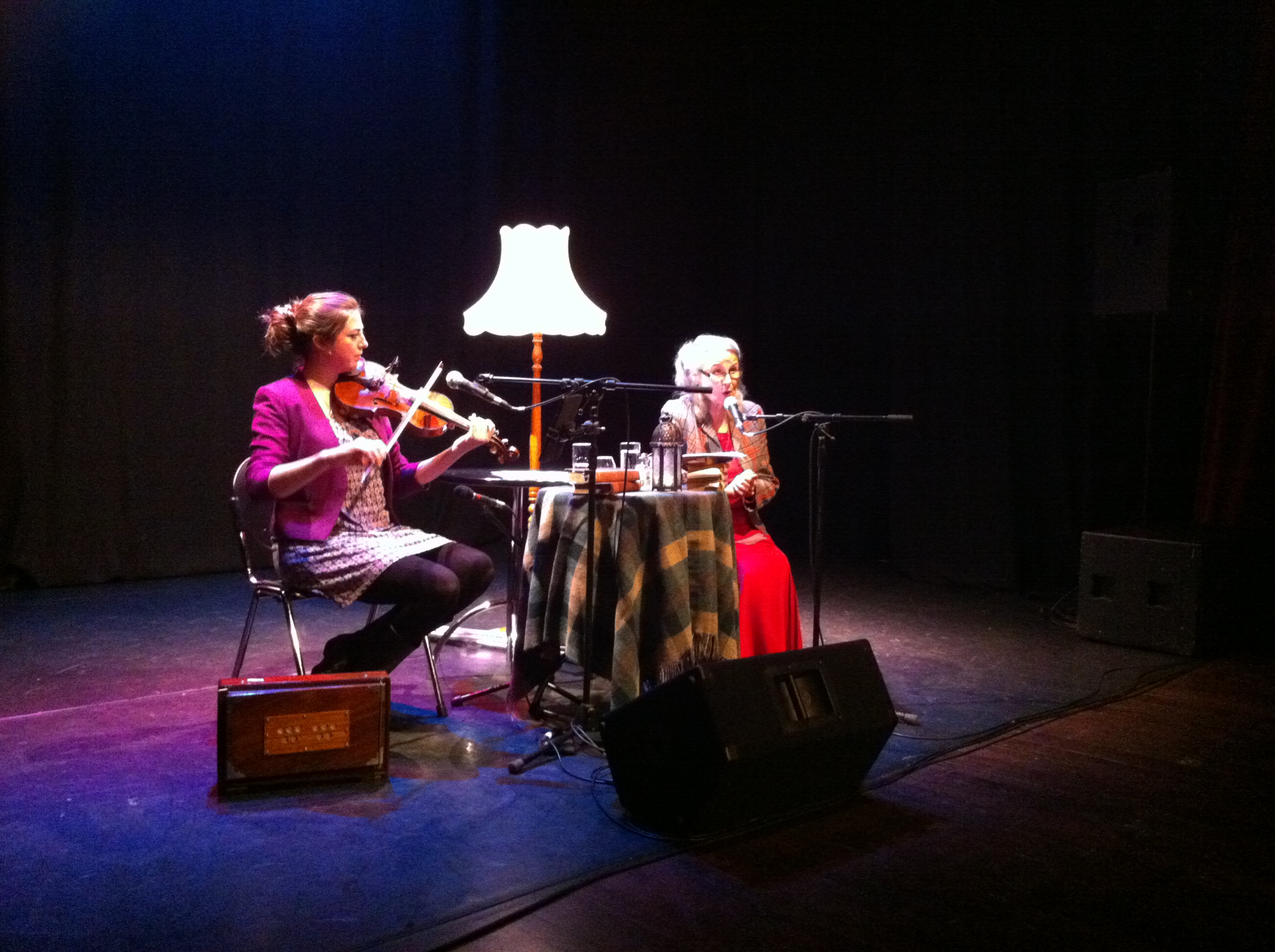 Fireside Music Company is a musical storytelling collaboration between Margaret Bennett and Lori Watson. Inspired by the music, song and stories of the Scottish Borders and beyond, we blend voices and music, interspersed with informal stories.

Our current show explores the life and work of Walter Scott and his Minstrelsy of the Scottish Border.

Storyteller Margaret Bennett is a folklorist, writer, singer and broadcaster. She was brought up in a family of tradition bearers, Gaelic on her mother’s side (from Skye) and Lowland Scots on her father’s. As a student, inspired by the legendary folklorist Hamish Henderson, she emigrated to Canada to study Folklore, then retuned to Scotland after nine years. Since the late 1960s she has been listening to and recording Scottish traditions, as well as singing and storytelling on both sides of the Atlantic, and in 2011 was awarded ‘Le Prix du Québec’ (for contributions to Quebec cultural studies). From 1984 to 1996 she lectured at The University of Edinburgh’s School of Scottish Studies and now teaches part-time at the Royal Conservatoire of Scotland. A prizewinning author, she has written ten books, and contributions to over 40 others and has also featured on media productions on both sides of the Atlantic.